Heli Taxii takes off in Bengaluru

Heli Taxii is one of a kind Taxi service available in Bangalore that lets people ply across places on Helicopter.  This was probably never thought of nearly 20-25 years back in Bangalore.  The Helicopter service has always been used by defences persons, government officials or celebrity actors to travel quickly.  Most common memory of Helicopter usage has been for rescue operations and survey across flood affects regions.  Even now, the Heli Taxi will help people fly across the roads flooded with Vehicular traffic.  There have been talks going on about launching this service since a year and finally it has taken off in Bangalore.

Thumbv Aviation along with their social media partners, selected couple of Blogger/Influencers to experience the ride as trial.  I was lucky to be selected along with 2 other fellow Bloggers.

The boarding point was at the Thumby Helipad close to DHL/Buedart Cargo office near to Kempegowda International Airport.

Flight could accommodate maximum of 6 people, including – 1 pilot, 1 navigator (passenger), 4 passengers in the back.

The IT Capital of India has companies located across different part of the city.  With the growth of IT, people have immigrated from different part of the country and settled in the city.  This has resulted in increase in vehicles plying on road which has eventually lead to increase in traffic and jams.  These jams cause delay in reaching the offices, hospitals, functions or anything else.

If we look at the geography of Bangalore, the International airport is located quite far away from areas where IT companies are present.  Some of the areas that immediately come to mind include – Electronic City, Whitefield, CV Raman Nagar and the Outer Ring Road.  Traveling by Helicopter across to some of the destinations will help save time.

Why KIAL to Electronic City

The distance between Kempegowda International Airport to Electronic City is nearly 50kms.  Average travel time by road would be easily 2-2.5hours.  Reducing the travel time for this route will be most beneficial. 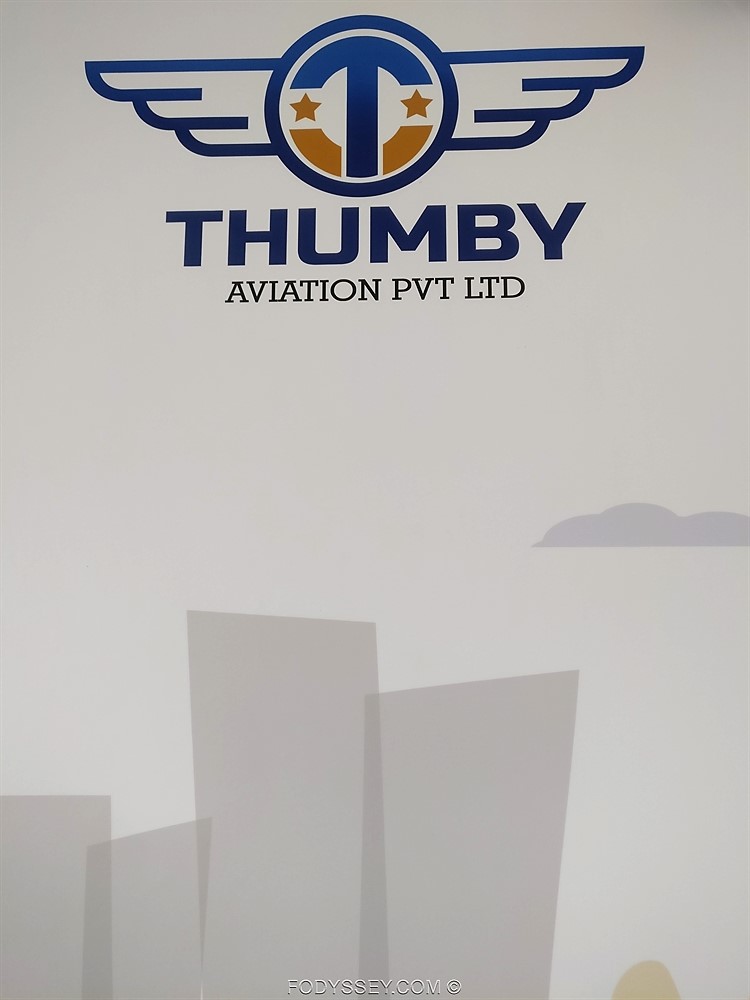 Thumby Aviation are into the business of Buying/Leasing Helicopters & Fixed Wing Aircrafts for non-scheduled Air Transport Operations.  The company is led by Gp Capt. KNG Nair, an Indian Air Force Veteran with a rich experience in aviation.  They are passionate about the aviation industry and strive to be the front runners for changing aviation scene in the Indian subcontinent.

This was one of the best air flying experience I have had in a long time.  The build up before taking the flight made it very exciting and the journey enhanced it further.  Heli Taxii ride was one of the safest and most comfortable rides from KIAL to Electronic City, under 15mts.  The flying experience was very similar to sitting in the back of eagle and gliding across. The view of the city along with the greenery, lakes, buildings looked amazing.

With added features like – airport pickup, baggage allowance, reduced journey time and tie-up with ground-transport, Heli Taxii will be huge hit.  Hoping to see many more destinations across Bangalore added in near future.