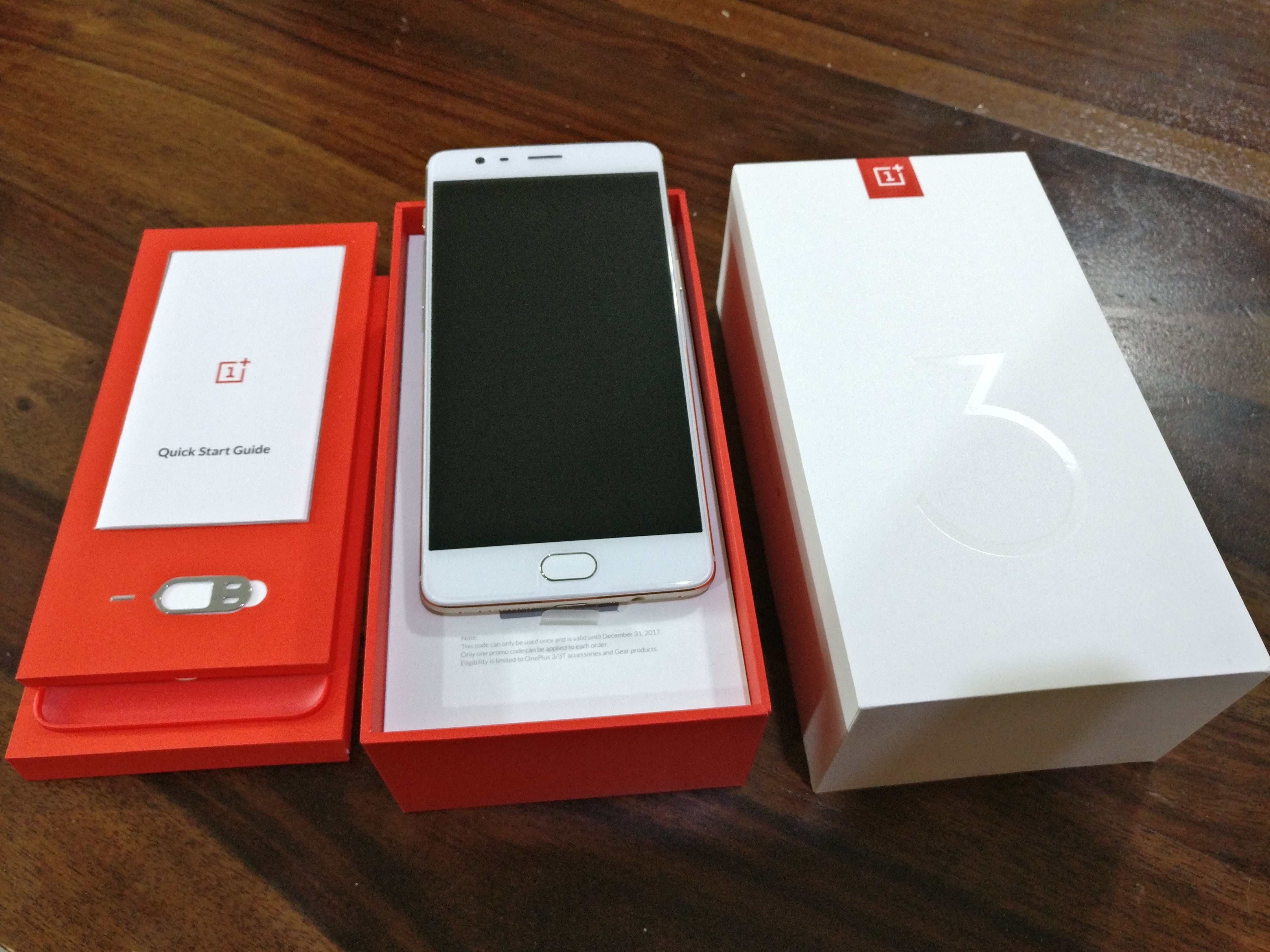 Connectivity
GSM / HSPA / EVDO / LTE
The only change that has been brought was with regards to EVDO (Evolution Data Only/Evolution Data Optimized), a 3G Mobile Broadband Technology used by Verizon, Sprint & Alltel that provides download speeds between 600-1400kpbs (with bursts upto 3100kbps).
Observation – With the Airtel 4G network, I got – Download: ~30 Mbps, Upload: ~10Mps.

Memory
RAM – 6GB
There are no differences compared to OnePlus 3.

Internal Memory – 64GB / 128GB
OnePlus realized the need for upgrading memory.  So, they are giving 2 options to users –  64GB and 128GB.  The 128GB version was only available at the first Retail store in Bangalore on Brigade Road.
Observation – 64GB/128GB is a lot of memory but then if you are not careful, it can get consumed quickly.  Need to keep memory clean and avoid storing unnecessary data.

Front Camera – 16 MP, f/2.0, 1.0 µm pixel size, 1080p
This is one of the coolest enhancement because it enables people to take selfies with same clarity as that of the rear camera.
Observation – The clarity of the pictures is simply amazing.  The only drawback is that there isn’t a front flash so unless there is good backlight, selfie may not come out good.

Battery
Non-removable Li-Ion 3400 mAh battery
There is a change in the battery capacity as it’s been bumped to 3400mAH. It also means that this mobile can endure.
Battery Life – OnePlus 3T: 83h, OnePlus 3: 66h

Value for Money
The price of the mobile is a little more compared to the OnePlus 3.  But they distinctly different in few ways compared to earlier model.  But still it is a great buy compared to many of the costly conunter-parts.
Observation – There isn’t much different that we can find out from naked yes.  But still, it is the Best Value for Money with High Quality.

Verdict
I will share my rating for the phone on the basis of 4 major factors.

Link for more information – GSM Area : One Plus 3T Review