Bangalore Metro – Green Line has been the most awaited launch, as it connects someone of the busiest and the most populated regions of the city.  It also connects some of the oldest part of Bangalore known from our good old MalGudi days i.e., Basavangudi & Malleswaram.  Though it does not cover the complete area but it does go closer which is good.  Many time it is more convenient than taking a taxi, which might be costly or a bus which might be crowded.  I recently traveled on Metro and used both the Green Line and Purple line at the same time.  And I thought of sharing my experience and thoughts. 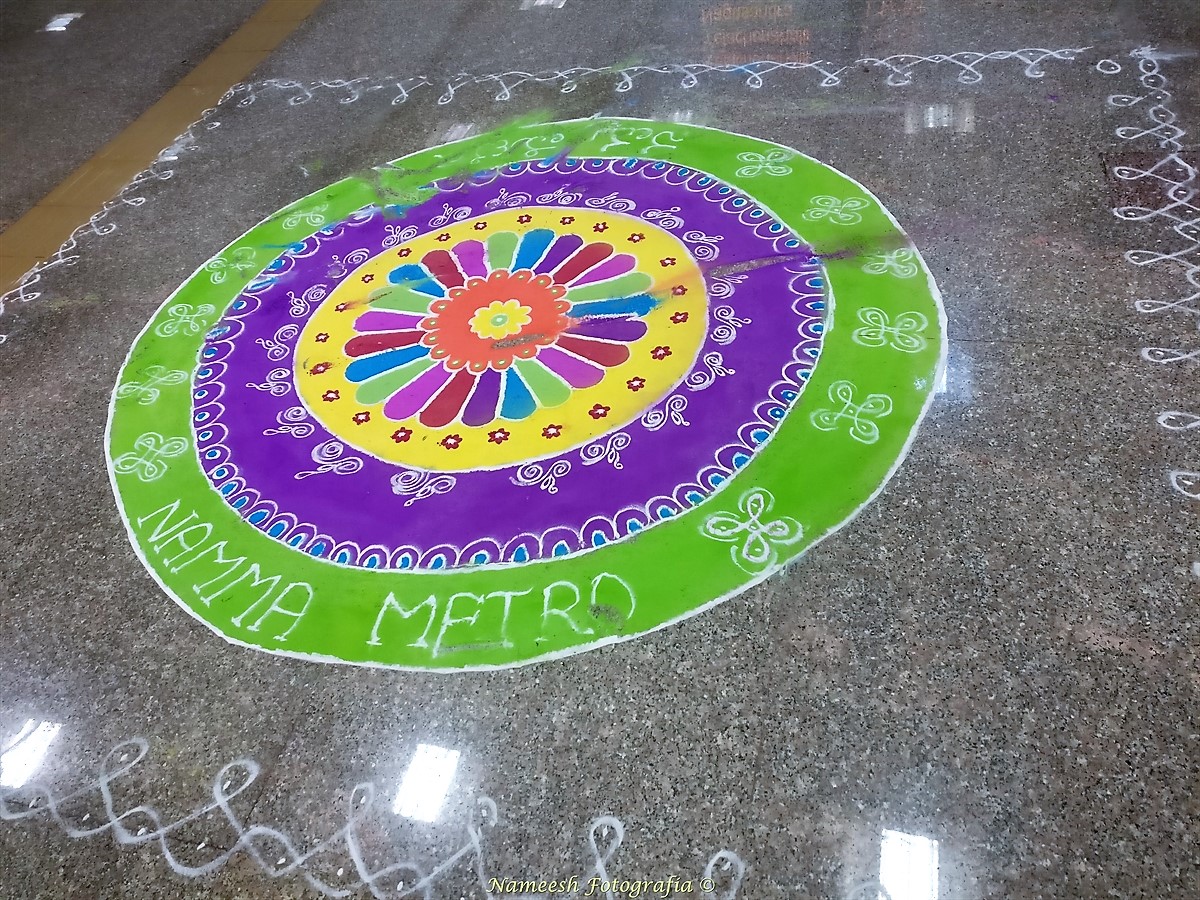 Lines & Routes
We currently have 2 lines for Metro that is operational – Purple line & Green line.

Purple Line – It has been operational since early April-2016 and it connects Mysore Road to Baiyyappanahalli.  Some of the key stations in that journey starting from Mysore Road Junction, Vijayanagar, Magadi Road, Krantivira Sangoli Rayanna Railways Station, Vidhana Soudha, Cubbon Park, MG Road, Indranagar and Baiyyappanahalli.  The entire ride covers 17 stations across the length of 18.22km.

Green Line – This is the latest route that has been operational since 18June2017 to public and it connects Yelachenahhalli to Nagasandra.  Some of the key stations in that journey starting from Yelachenahalli, Banashankari, Jayanagar, South End Circle, Lalbagh, National College Basavangudi, KR Market, Chickpete, Nadaprabhu Kempegowda Station – Majestic, Mantri Square – Sampigehalli Road, Rajajinagar, Yeshwanthpur, Peenya, Jalahalli and Nagasandra.  The entire ride covers 24 stations across the length of 24.20km.

Key Switch Over
The most critical reason for all us to rejoice is the introduction of change-over at Majestic Junction.  This would now connect people from West (Peenya) to South (Banashankari), West (Peenya) to East (Baiyyappanahalli), South (Banashankari) to East (Baiyyappanahalli) and vice-versa.  If we are to travel across South/West towards MG Road/ Baiyyappanahalli  side or vice-versa, all we must do is to get down at Majestic and do the changeover.  You will only need to take one ticket that can be dropped at the destination.

If you are using the changeover for the first time or the nth time, I would ask you to pause yourself a little at the changeover point while going across Platfrom-1&2 to Platform-3&4 and appreciate the efforts that has gone in by the BMRC engineer.  The engineers have done a stellar job to dig 2 tunnels and crossed routes at the Majestic.

Frequency / Timings
The trains are operational from morning 6am until 10pm in the evening.  Frequency varies depending on the time of the day.

The mentioned frequency has been thought after quite well looking at the commuters and the occupancy of the metro.

More Good Things
There is plenty of space in each of the station at the entry/exist side which are being used for selling retail products.

Eateries are now located closer to metro-stations so it catches people attention while onboarding or off-boarding.

Parking facility at some of the stations where people can park their vehicles for nominal price for the entire day, take the metro if the work-place is a little far and later pick up the vehicle on the way back home.

Overall Experience
It was great experience travelling on the new Green Line and Purple line of Metro.  Though the completion and launch dates got delayed, we can still settle as they have done great job.  The introduction of 2 lines cutting across different parts of city, will help growth and bringing people closer.  We can joking say to our friends & relatives that you are now just couple of metro stops away.  It was good to see multiple sign-boards at stations trying to help out people find their way.  I am hopeful that the other part of the city would also be connected via Metro lines to reduce the commute time and also to increase means of transport.

Kudos to all the engineers who worked tirelessly in bringing up the Bangalore Metro – Green Line & Purple line.